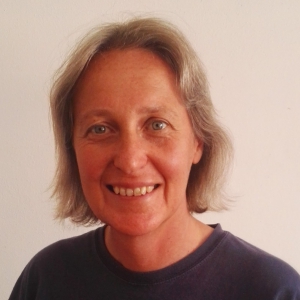 Fields of Interest and Expertise

The use of crystallographic databases in chemistry –Dottorato in Scienze Chimiche

1996-1998 Post-doctoral researcher at the University of Parma

2001 -2019 Associate Professor at the University of Parma

Since 2019 Full Profesor at the University of Parma

National award for young scientists in the field of crystallography: Prize for Young

Member of the Organizing Commitee of the 2004 Summer School of the AIC, International Centre

- Member of the Programme Committee of the 27th European Crystallographic Meeting, Bergen,

2011-2014 Vice-President of the European Crystallographic Association

Manager of the Italian activities for the International Year of Crystallography (www.iycr2014.it)

Alessia Bacchi is Full Professor of General and Inorganic Chemistry at the University of Parma, and

she served as the President of the European Crystallographic Association (2015-2018). She

presented more than 150 communications to national and international scientific meetings, among

which more than 50 invited lectures. Her present main research interests are focused on crystal

engineering of polymorphs, solvates, co-crystals, and of responsive hybrid organic/inorganic

materials. Within this broad theme she developed crystalline molecular materials capable to

reversibly capture and release volatile solvents in a solid/gas exchange, and proposed structural

volatile substrate. Recently she has focused on the design and control of crystal forms of molecular

compounds, and on the stabilization inside crystalline structures (MOF and cocrystals) of liquid and

volatile compounds related to human health, environment and nutrition. Along with scientific

production, Alessia Bacchi is actively committed to activities of outreach and divulgation towards

schools and general public, having been involved in the organization of several events and public

lectures. She was the national coordinator for the activities of the International Year of

Crystallography in 2014, and in the same year she curated the exhibition CRISTALLI! in Parma,

scoring 12500 visitors in 7 weeks. In 2015 she established the Museum of Crystallography at the

University of Parma, of which she is currently the Director. She has been appointed Trustee of the

Cambridge Crystallographic Data Center in 2018. Since 2020 she coordinates the Doctoral School in

Science and Technology and the PhD Course in Chemical Sciences.

National award for young scientists in the field of crystallography: Prize for Young

On the Mechanism of Cocrystal Mechanochemical Reaction via Low Melting Eutectic: A Time-Resolved in Situ Monitoring Investigation

Comparison of different synthetic approaches for the fabrication of a bio-inspired 1D-coordination polymer: From solution chemistry to mechanochemistry